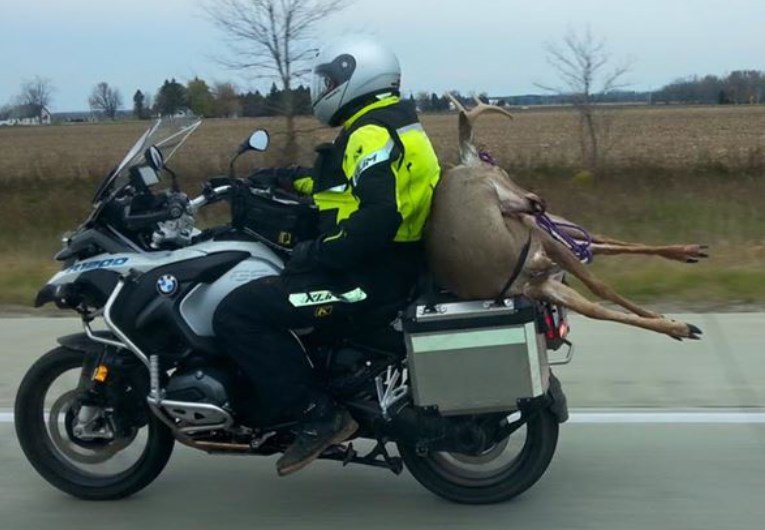 By the time you’re reading this, we’ll be approaching one of the most dreaded seasons for motorcyclists: deer season. Those pesky ditch rats become more and more active as Fall swings into high gear, and with that increased activity comes an increased risk of a deer strike.

Sadly, if you ride in the Midwest, hitting a deer is a worrisome fact that you have to deal with. There are, however, some basic steps you can take while riding to minimize the chances of you creating some roadside venison (and getting seriously hurt in the process).

By following these five steps, you’ll increase your odds of staying safe on the road and having insects be the only thing you hit.

It's crucial to think this through before riding. At some point, every biker has to deal with this situation. The best option is almost always to brake hard, don't swerve, and hold on tight. Any other choice will likely lead to a worse result.